As I always say, the full list of items covered during the ramzan period in Chitpur area are impossible to cover in one evening – at least by an oldie like me. Hence, we set on a second venture on the same road (after all, as they say, old memories seldom fade) for another ramzan foodwalk.

Where to go and when to go:

You can check the location in google map here

In all probabilities, most of you will be knowing it, but still for the records, this area is the area beside nakhoda masjid on rabindra sarani, chitpur. And, during the ramzan priod, one should go after 630 PM in the evening to experience them in full glory.

This time we hit The Taskeen straight. Its a small shop on the next lane from nakhoda masjid and up ahead on the right hand corner. And when such a sight is there in front of us, who are we lesser mortals to order anything else than Mahi Akbari and Chicken Chenghizi…..

Checken Changhezi here is 440/- a kg and 400 grms was good portion for 4/5 of us. Its basically a saunf flavored double fried chicken- breast or leg portion- chopped in small pieces after frying. Mahi Akbari was, on the other hand, some good old fish fry- 5-6 kg katla fish’s ring pieces- again dry fried. But this time, the masala was more tend towards garlic and Jeera. Its priced at 540/- a kg and we took 400 grms again which was good for us.

We, bongs may not like their fish cutting style, but taste compensated for it. BTW, they make a pretty decent falooda (40/- per glass) and shahi tukra (40/- most probably) also. But, when Royal India Htel is little ahead, who are we to taste it here ?

As all good things came to an end, we moved ahead and after crossing many temptations, like the below, we reached Dilshad Alam’s stall for kebab opposite to the Lal Masjid.

The roadside other kebab stall…

As the master masters a selective few skills, this gentleman prepares mostly 4 types of kebabs- out of which we tasted 3. Men (or ladies) with prejudice, whatever I am going to suggest now, will be based on the so-called-tabooed meat among us, the beef. This guy is a master of this. On his recommendation, we tried beef malai kebab, dahi kebab and kheeri kebab. On getting the orders, half-done-sheekhs are put on the fire and we were made to wait. 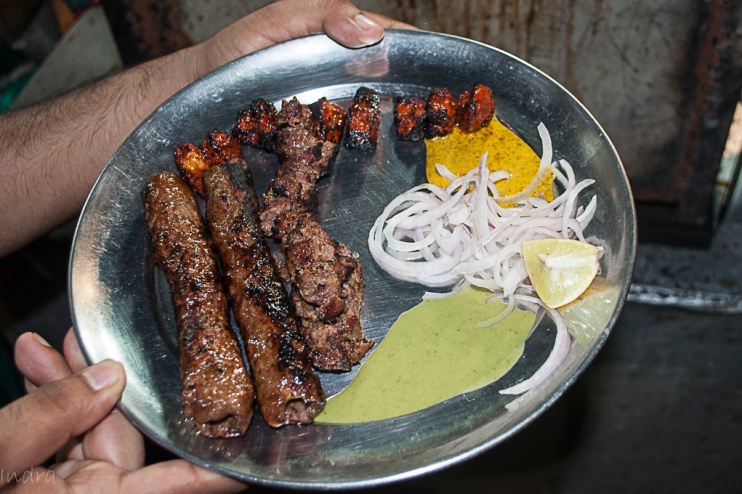 As he explained, dahi kebab is meat chunks marinated with hung curd and hence softened. In malai kebab, the keema is mashed with full fat cream and a little heavy amount of nutmeg and mace is put in. Kheeri kebab is said to be made from the beef nipples and hence, a little crunchy. Out of these 3, personally malai kebab is my favorite but feel free to choose your own.

The next and the last stop was supposed to be the famed Adams for their sutli and boti kebab. But, seems destiny had other plans for us. In between, on the way to Phears lane (just next one), the pakistani masala shop importing Shaan brand came and during this season, they were selling shaan lachas. My wife would’ve killed me, if I missed it and I went. But, this time, I saw an instant Falooda mix- just boil it in milk and voila, its done. I got some for home and the lady of the house prepared it today morning. Seemed yummy but will taste it tonight after dinner. At 60/- a packet, they are a good bargain. 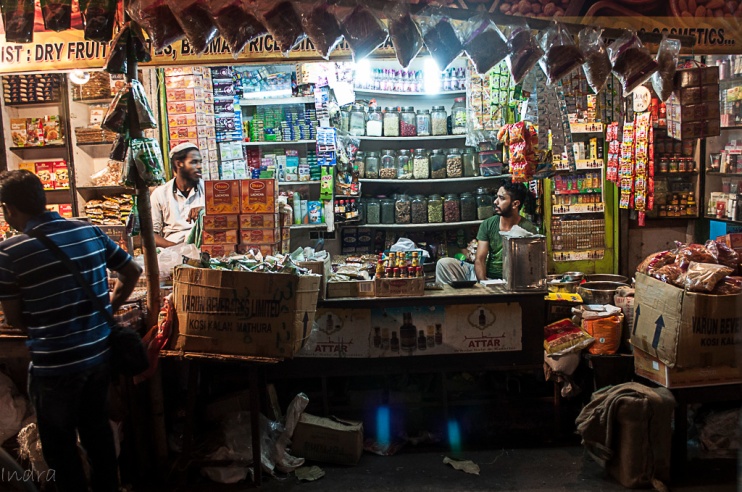 The nameless masala shop opposite to Haji Allauddin Sweets 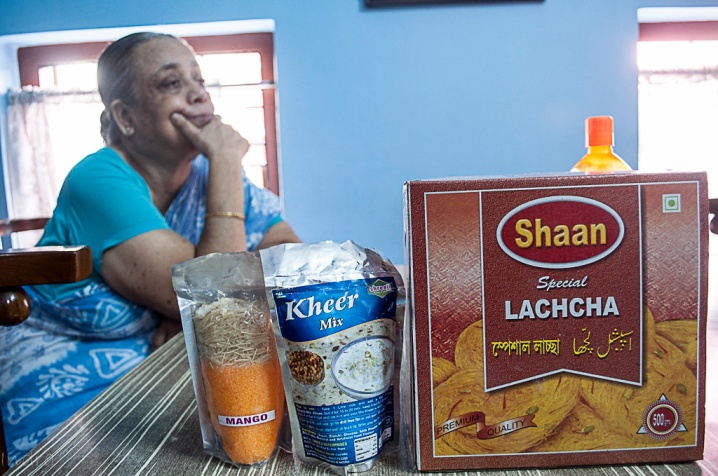 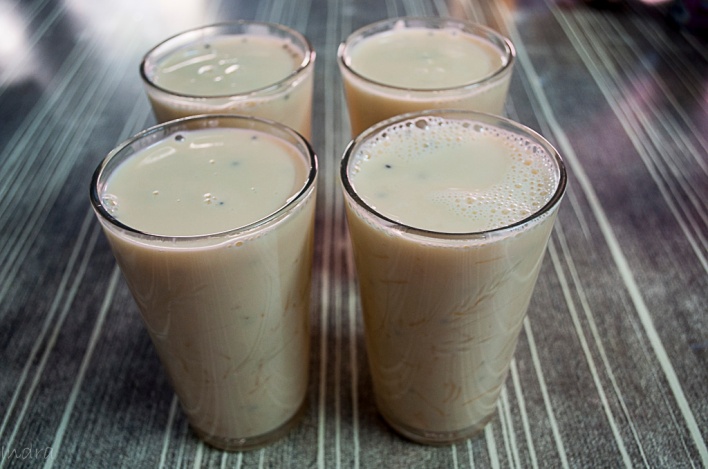 At last, we reached Adams. No introduction needed, they make THE BEST SUTLI KEBAB in town. Its a beef keema kebab which is so delicate, that it needs to be supported by a thin string on the skewer and hence the name. Sprinkle slight chopped green chilly, squeeze in a dash of lemon and off you go towards your journey towards nirvana. 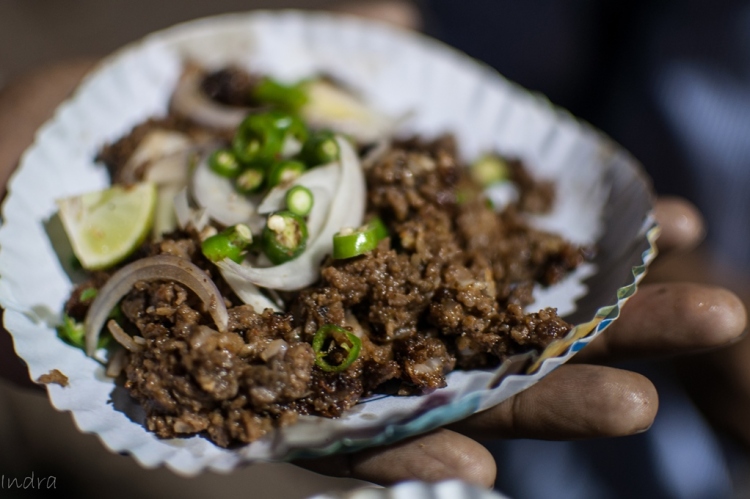 All good things come to and end and so did we with a final bottle of soft drinks each. Total pocket pinch for the whole journey on food ? A meager 180/- per head…. happiness ? Priceless.

And if you have some more time in hand, you might like to watch my foodwalk video in this area, shot in 2017

Pice hotels to try before you die in...

wine masterclass at Taj Bengal and an idiot...

Reply
The Great Beef Treasure Hunt: Try out the fare at some of the Best Places for beef in Kolkata | Tripigator Travel Blog November 20, 2015 - 7:14 pm

[…] For the kebabs (e.g. Sutli kebab and kheeri kebab), you may like to read this post .We are full and so are our hands. But many of you must be thinking why I’ve omitted Haleem – the staple ramzan-time-food of bongs ? Well, Frankly, I don;t like haleem personally and rather would have another bowl of Dal Gosht. Hence…… Till then, Cheers and happy eating !!! […]

[…] beef joints across the city, serving some excellent staff. And then, there is the entire Zakaria Street range, which are great in their own area. But, somehow, I prefer these three and hope you like it […]

[…] You can check about the other khau gully in Chitpur here  […]

[…] You can check about the other khau gully in Chitpur here  […]

[…] For the kebabs (e.g. Sutli kebab and kheeri kebab), you may like to read this post .We are full and so are our hands. But many of you must be thinking why I’ve omitted Haleem – the staple ramzan-time-food of bongs ? Well, Frankly, I don;t like haleem personally and rather would have another bowl of Dal Gosht. Hence…… Till then, Cheers and happy eating !!! […]

Reply
The regional influence in tamil food and its variations September 4, 2018 - 9:50 am

Thanks for information.i really like your blog and information keep it up and i m also waiting for your next blog …… Ramadan packages Ramadan 2020