They say Kolkata is such a city which celebrates any festival with equal enthusiasm. And how Christmas could be behind ? Kolkata welcomed the Christmas with open hands and how it was….. Please go through the below photographs to experience X-mas 2014 celebration in Kolkata.

For the Kolkata X-Mas celebration scenario, there are 2 prime areas. First being the Park street, and second being the Bow-Barracks near Central avenue. Starting with the latter one first.
Bow barracks:-
Bow Barracks is a locality in the central Calcutta region. The locality is a small hub of Anglo-Indian population who have lived here for generations. The entire area is decorated with lights and the whole community celebrates Christmas together with their relatives and regular visitors. Its a must-see-place in Kolkata during the christmas season. Santa Claus comes here in a Rickshaw and that’s a nice gesture to salute the Kolkata touch to this place.
How to reach:-
Is you’re familiar to Kolkata, you’ve come down to the Ganesh Chandra Avenue and Central avenue crossing. For outsiders, rely on a taxi, please. From that place, the second or third big building towards shyambazar is the Air India Building. Take the previous lane before that building- left turn and you’ll find Bowbazar police station. Opposite to the same, lies a park and next to it, is 2 sets of red-bricked barrack houses. The place is called Bow Barracks. 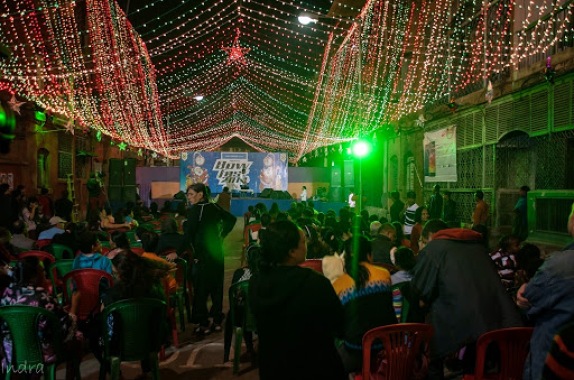 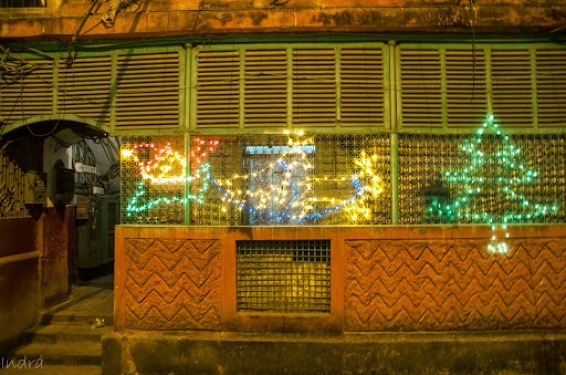 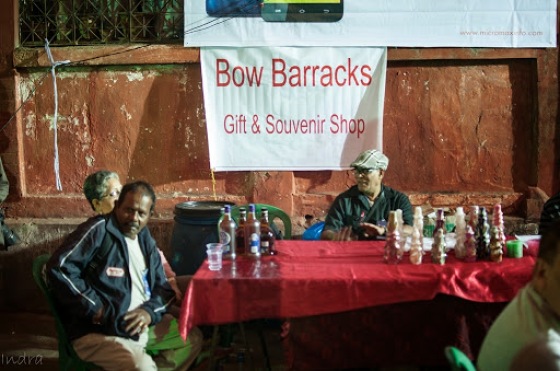 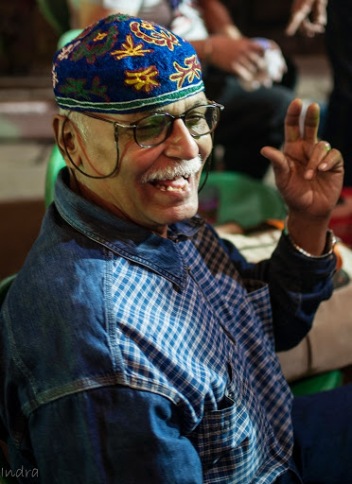 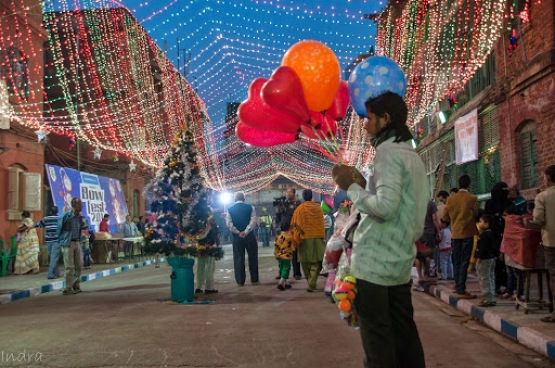 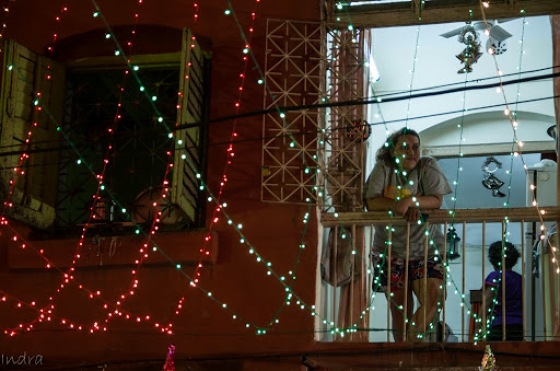 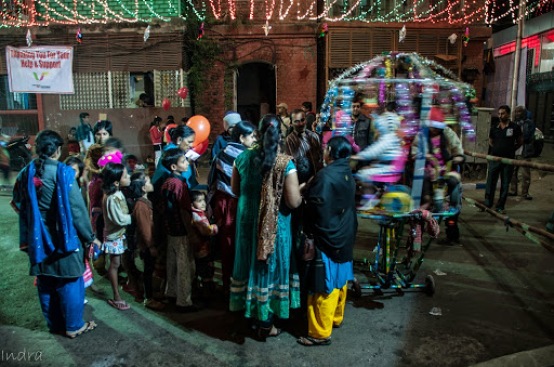 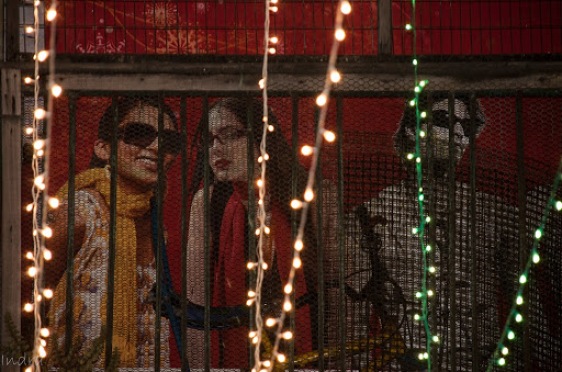 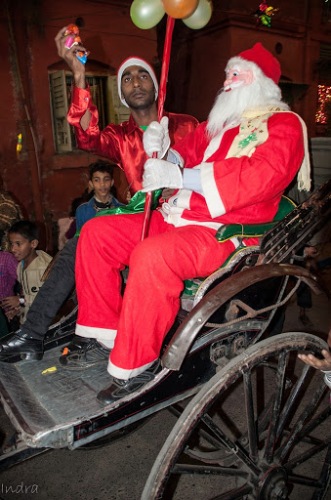 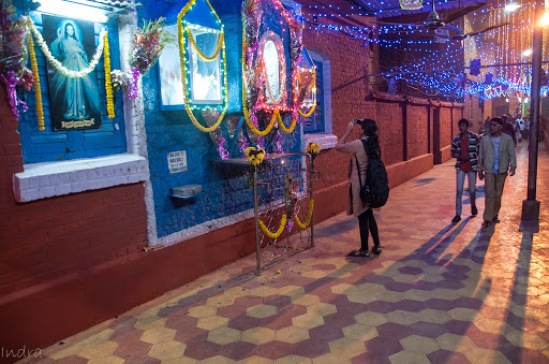 The second place that one must visit in Kolkata during this time is the Park Street. This is a busy office area with thousands of big/ medium and small offices. But, during this period, it becomes Kolkata’s central party hub. The car movement is blocked there in the evening on 24th and 25th December, food stalls are lined up on the pavements to cater the the people in festive mood and an entire park, Allen Park, is dedicated to the week-long Christmas celebrations – full with stage-shows, food-stalls, santa statues and what not. Please take a look. 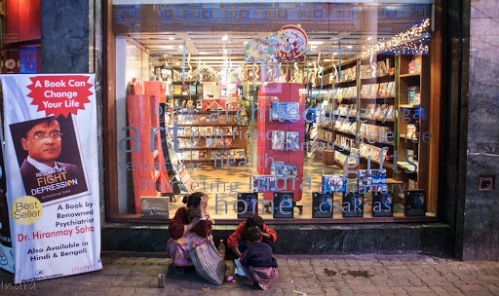 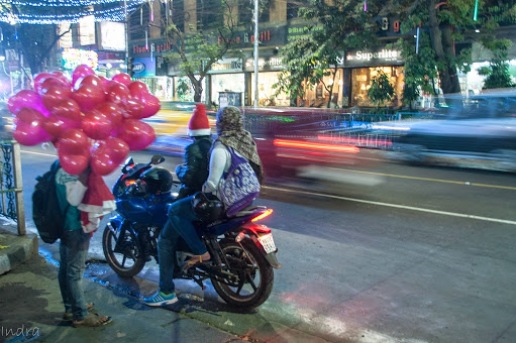 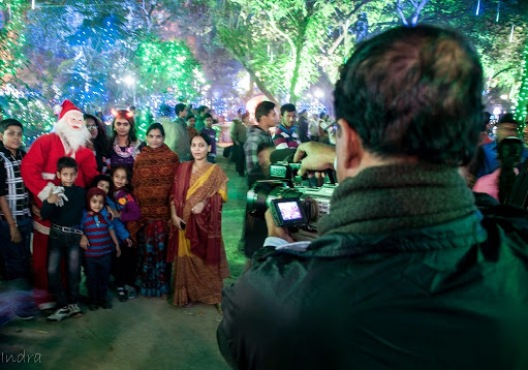 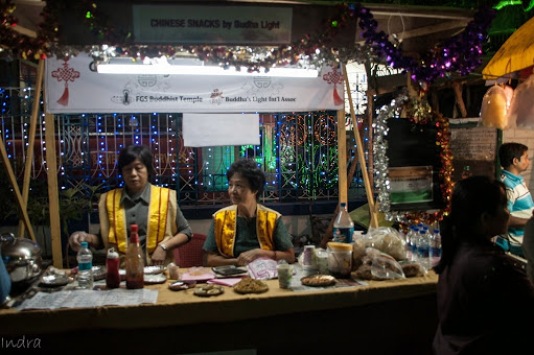 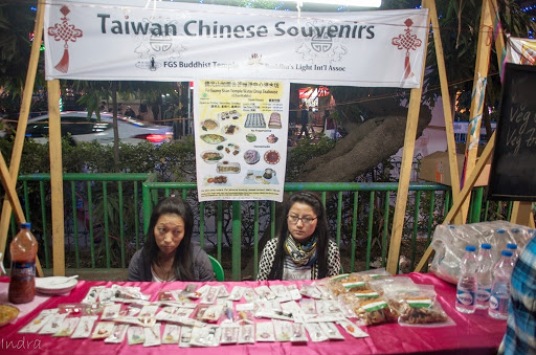 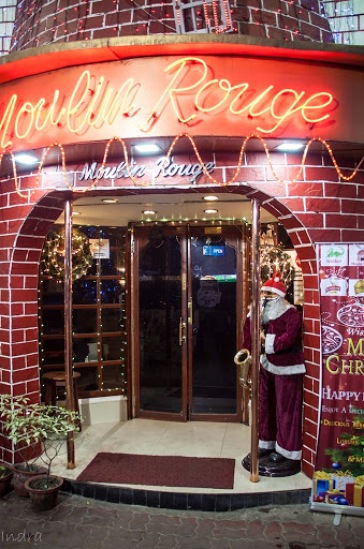 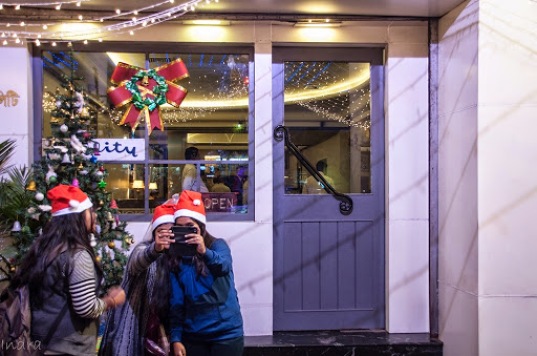 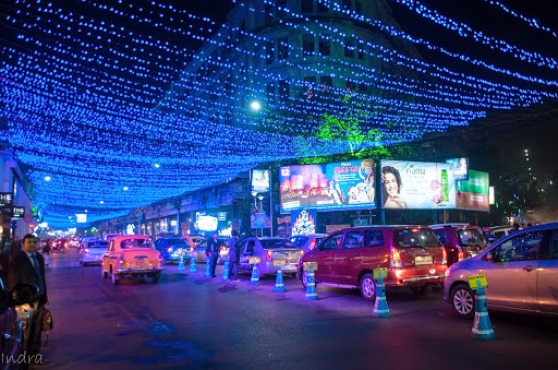 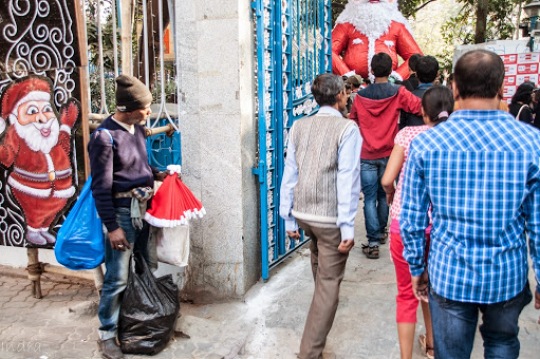 Cheers to Kolkata and cheers to its life- merry X-Mas !!!
I can be reached at 9903528225 / indrajit.lahiri@ymail.com
For better quality pictures: https://www.flickr.com/photos/indrajitlahiri/

A sheherwali evening in Kolkata

the curious story of Indo-Chinese cuisine