Help-Portrait was founded by celebrity photographer Jeremy Cowart and Kyle Chowning in 2008. The mission is to empower photographers, hairstylists and makeup artists to use their skills, tools and expertise to give back to their local community.

Each December, photographers, hairstylists and makeup artists all around the world will find people in need, take their picture, print their picture and then deliver it—free of charge.

Help-Portrait is about GIVING the pictures, not taking them. These portraits aren’t for a portfolio, website, or sale. It’s about giving people who otherwise couldn’t afford photography, a chance to capture a moment, a memory…and a whole lot more.

“Our small effort this year”

This year Sudhyasheel Sen connected us to the effort- Agnisha Basak and myself. We went to a school named Maulana Azad Urdu Primary School in Santragachhi, near Kolkata. Its a primary school for the underprivilaged kids till class 4 sheltering some 150 odd small bandits. We were picked up from Park Circus crossing (and dropped there also) and we reached the venue in next 30 minutes via Second Hoogly Bridge.

As usual, the kids were a little skeptical at first (probably seeing my gigantic face). They were formed up in a queue and we chose to take the portraits- standard shot.

But halfway in the shoot, we realized that something was missing. The kids are afraid and not opening up to their usual self. So, we dropped the whole idea and started mingling with them. Agnisha did a great job here. They started asking us different questions, started taking photos using our cameras and slowly were coming in form. 10 minutes down the line and all hell broke loose. They were enjoying like anything and took us as their friends….. and pictures started coming out. 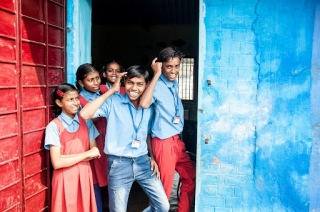 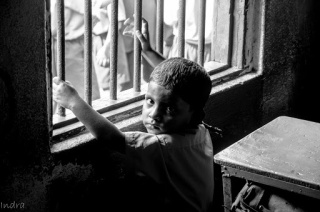 Then started our next portrait shooting session. The output was much better this time. 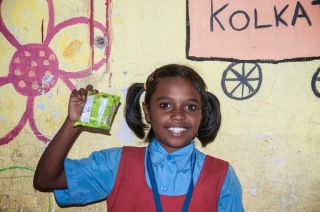 And after a light snacks with them (provided by the school), its time for us to leave. These photos will probably be the only portrait they’ll ever have and how happy they were. We were good-byed with lots of ta-ta s and teary eyes and obviously promises to return. And a saturday well, very well spent.

Poila boisakh and one of my summer dish

Awadhi food-festival at JW Marriott and a sublime...

Burger vs Samosa- the seminar at US Consulate...

Warning: Illegal string offset 'count' in /home/customer/www/moha-mushkil.com/public_html/wp-content/plugins/instagram-slider-widget/includes/class-wis_instagram_slider.php on line 832
No images found!
Try some other hashtag or username
%d bloggers like this: