In our childhood and early youth, Park Street used to be the food and fashion street in Kolkata. that is, before the rise of different shopping malls. And I still remember going to the park street area with dad and choosing which restaurant we would dine in. Later, the company became that of friends and that too on a tight budget. Times have changed and so did we. This time, I was looking for a chinese restaurant in Park Street which is not crowded (unlike the famous one)- Waldorf is out of the league now (sadly) and the next choice was Silver Grill- the pocket friendly old-world chinese joint.

Silver Grill is extremely easy to locate. Get on park street and go towards flurys. the next or the second next shop from Flury’s towards Park hotel, on the same footpath as Flury’s, is Silver Grill. There is this small door in the busy road. Open that and you find an almost empty restaurant (surprisingly, I’ve hardly seen it packed up during lunch). Get in and take a rest from the hullabaloo of the street outside.

You can check the location on google map here 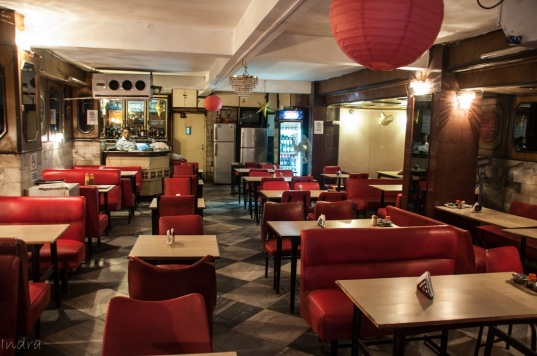 The AC is strong, sofas are comfortable, They’ve seen better days though and an old-world laziness prevails in the entire restaurant, which I personally love. You find an aged gentleman handing you the menu card and beverage card, who never seems to be in a hurry. You take your time and order for your choice. Price is reasonable, so don’t worry.

Beer is chilled there and they have a good variety of Indian brands. We ordered for Tuborg and along with it, a nice bowl of chanachur arrived (which was replenished regularly) and we immediately dived into our conversation- no hurry whatsoever. These guys still serve beer in beer mugs- love that. 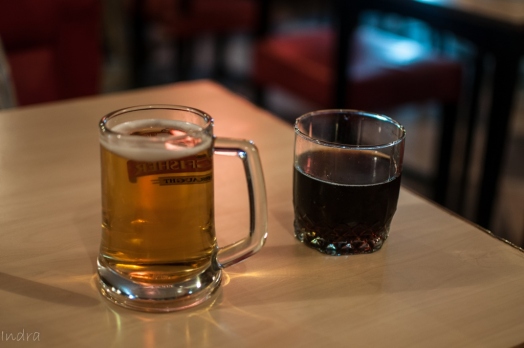 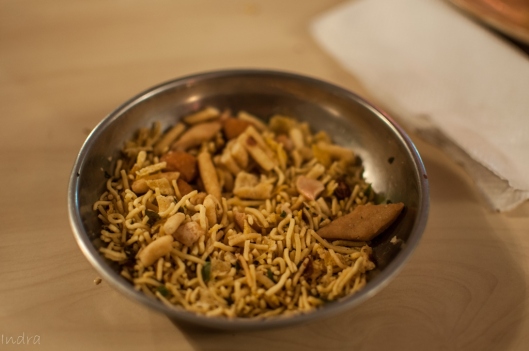 Along with it, came the fish finger with tarter sauce. Unlike some biiiiiig brands, these guys thankfully used betki fish in the fish finger and that had made all the difference. Ther are 6 big pieces of fish fingers a portion, some finger chips (locally made, not the McD types) and a large portion of tarter sauce (replenished a no extra charge).

As the main course, we ordered 1 portion each for a noodles, a fish dish (we got confidence from the fish finger and a pork dish). The portion size is quite filling is 2 portions are good for sharing among 3 heavy-eaters.

Regarding ordering a noddles dish in restaurant, I mostly order the gravy noodles variety. Somehow, I have a mindset, the hakka variety is made better (at least same) in any roadside joint at fraction of a cost of a big restaurant and hence I intend to avoid it. But, this is a purely personal thinking. Silver Grill gave us their special mixed gravy noodles, which is one hell of a dish. Being a bong, I prefer a noodles where the meat portion dominates the noodles quantity and here it was. With every bite, we had some meat in mouth and heaven was ours. Love this dish….. 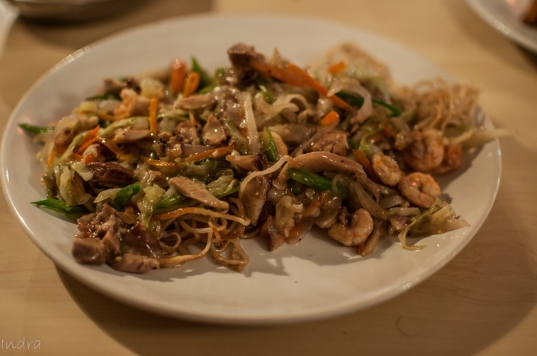 We teamed it up with Singapore Fish (as suggested by the waiter) and definitely a Dry Roast Chilly Pork. Both were brilliant. The fish dish had around 8-10 pieces of succulent fish pieces with perfect balance of spice. But, being a pork lover, the dish of the day for me was the Dry Roast Chilly Pork. It was dry, non-greasy-lean pork meat tossed with onion, little capsicum and lots of chilly. It was heaven. God bless these resauranteurs who still prepare pork in Kolkata. 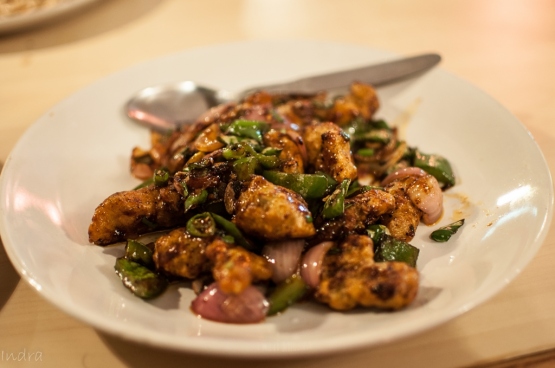 Off and full we were, And didn’t quite get when these 3 hours have passed. The bill was a humble one (around 1100/- with drinks), but then again when could money buy happiness ?

If one is looking for an empty restaurant for that college gang nostalgic reunion or a quite lunch with your significant one (other than wife…..) come down, locate this old door and get in. You won’t regret. For records, they have a family section at first floor, which doubles up as a party venue (which can be booked for small gatherings), but the ground floor is not that bad either.

Ammini- a slice of kerala in kolkata

The Italian food festival from a dummy’s point...

Moa- Joynagar , Baharu and quest for the...

I love Silver Grill . The only descent restaurant where you can have a drink along with Dry Roast Chilly Pork at a very reasonbale price.

Thanks for liking Amitabha da….. Even I like the place much. For its value-for-money and normally less crowded

[…] first love, I tend to rate any chinese eatery with this single dish. In my opinion, Eau Chew and Silver Grill make it pretty good in town, but D’Ley is not far either. Go for it or if you feel, you may […]