Hyderabadi food has always been on of my weak points. I simply love the fact that among many a things, a city is known primarily for its food. So, when I received the invitation from Durbari, Swissotel as part of Kolkata Food Blogers– along with Debapriya Biswas and Indrani Dhar, I was more than happy.

Durbari is the fine dining restaurant in the plush Swissotel Kolkata. Its accessible from the main hotel lobby, as well as a separate entrance from the 2nd floor, adjacent CC2. The decor is top notch. As we entered, the first thing we saw is one long drinks counter having an assortment of IMFL and foreign brands and on entering the dine-out area, it was a soothing decor.

Upon sitting, the condiments arrived. It was an assortment of 5 types of chutney, standard pickle/ onion and papad basket. Out of these 5 varieties, the burnt garlic chutney and tamarind chutney really stood apart. 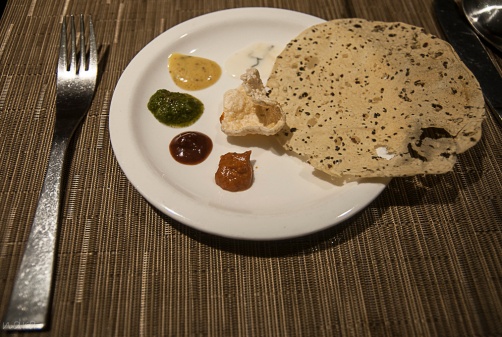 Chef Pranay offered us a selection from his elaborate hyderabadi menu. Now, here’s something I would like to share about Chef Pranay. He’s an IHM Bhubaneswar passout and trained in OCLD. Being trained and served for numerous countries, this gentleman is extremely passionate about cooking and food in general. We were lucky to have him guiding us through our entire meal. And the whole session became a nice knowledge sharing session.

We were offered Marag as the firs course. Its basically a thin spicy mutton soup. The taste was excellent and being the thin soup it was, it made way for the rest of the items. I would have mind to taste a little more of it but then, other items were on their way.

Soon after we were gtting over, the stater platter was served. It had Arbi ki kebab, tala murg and mutton sheekh kebab. Wherein arbi/ colocassia ki kebab was very regular fare, the tala murg (or fried murg) held the forte. It was brilliant. Juicy, spicy and hot- it has all the characteristics of a perfect starter. Mutton sheekh kebab was fine (I like the slightly coarse texture), but probably I should have tasted it before the tala murg.

Khameeri Roti was served with the starter platter, but I had saved it to have with Dalcha later. Dalcha is a dal with mixed sabzi (potato, beans and cauliflower in this case)- lightly spiced and was good to have.

We wee served Haleem as the mandatory next course and it was a revelation. In Kolkata, we are used to a dark brown colored heavily spiced dish with less wheat and more of meat. But this haleem was inclined to its root was was more of wheat, sticky to the core and having meat as well and finally it was yeallow-ish in color. 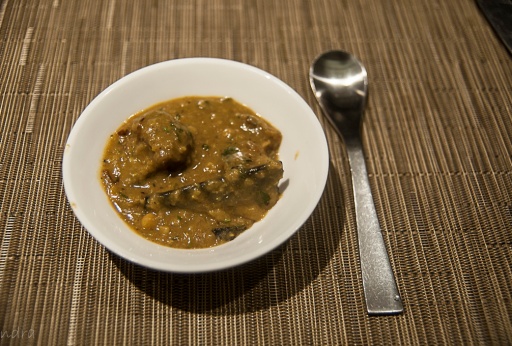 Next was the tehri time and along with it came the methi murg and Mahi Kalia. Aloo Gobi Ki Tehri was a vegetable yellow rice dish cooked with vegetables and was a perfect companion for the spicy methi murg. Fish was of a top notch quality fresh water betki and the gravy also was fine with freshly grounded spices.

The star of the show was saved for last and Hyderabadi Mutton Biryani was served with Raita (surprisingly no salan). I was waiting for it with high expectation. But, after all these dishes, somehow the biryani disappointed us slightly. It was of a little soggy type (unlike the varieties we taste in hyderabad) but probably this was the way it was supposed to be made. The portion size was huge and generous amount of meat was there. Overall, its not bad, but after all the brilliant items served beforehand, this a was, well, not-so-brilliant. 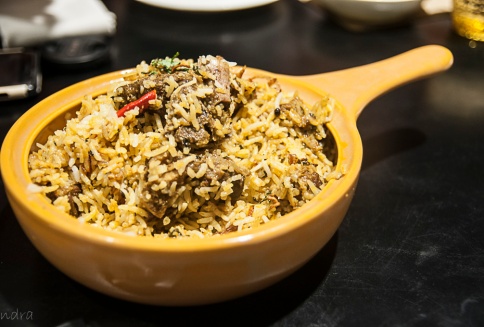 The dessert was served to us and that was the final two dishes that made our day. It was Lauki ki kheer and shahi tukra. Lauki ki kheer was brilliant. Less sweet, sprinkled generously with khoya and dry fruits and it was a small bowl of heaven. Shahi tukra also was fine.

We were full and was almost unable to move. However, the experience was great and thanks to Kolkata Food Bloggers and Durbari, Swissotel– we had a nice time. A big thumbs up to Chef Pranay singh for his generous presence and Enakshi from PR team for inviting us. 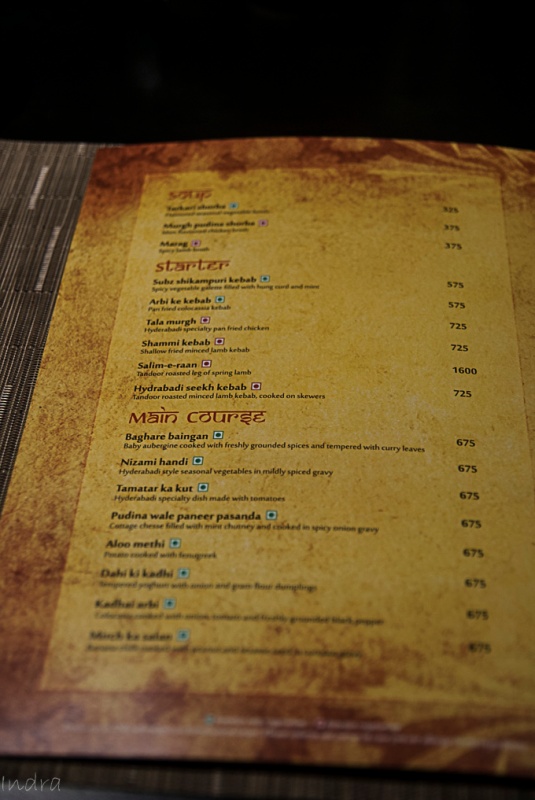 This festival is on now and all the dishes are served as a-la-carte. Average pocket pinch for 2 persons should be around 3000/-

Hyderabadi Biryani vs Mandi- beyond biryani

Warning: Illegal string offset 'count' in /home/customer/www/moha-mushkil.com/public_html/wp-content/plugins/instagram-slider-widget/includes/class-wis_instagram_slider.php on line 832
No images found!
Try some other hashtag or username
%d bloggers like this: